When I found out that the TFSA limits were increasing, I did a little happy dance and then immediately contacted one of my investors (the smart one) to get the paperwork going. I could now put an additional $4500 into top them off at $10, 000.

It’s great that I can write this, but I know that I am in the minority. In the age of debt, there are people who are not even able to make minimum balance payments on their credit cards  (which they have put all of life’s basics on) as prices have shot up while salaries  have not. And let’s not even get into student loans and the job market. These are times of crises for many and this debt/money issue could last for decades. When you are in that much trouble, you can’t even think of saving money which is why only 11 million Canadians had TFSA’s in 2013. And what makes it worse is that were still not talking about it.

Most of us are  in a similar boat (including myself) no matter what we may  otherwise portray. I’m still on the low of the earning spectrum which means that I have to watch my money very carefully so I can pay for all of life’s necessities along with saving for retirement  and traveling to far-flung parts of the world (in that order). I know I’m privileged compared to many but that’s only  in the fact that I have a job, and am healthy and live a very simple life which I totally love. My life, my rules but I will always classify myself as poor.  My goal is to be as well prepared for the future as I can, because you have no idea what will happen. The more ready you are the less problems you’ll have.

Currently you can contribute up to $41, 000 which is a good chunk of change. A new car, a down-payment, or the kick off to your retirement nest egg. And that’s without even factoring in interest because TFSA’s are kind of a misnomer. While the name has “savings account” in it, they are not savings accounts. Far from. Think of them as a cookie jar where you can stuff all kinds of goodies like investments, GIC’s and bonds (the last one not so much anymore). I’ll be talking more about that later on this year.

If you haven’t started your TFSA yet there are a few things you should do.

1. If you have debt, pay that off first and pay it off as aggressively as you can. It’s great to be able to put away money, but it’s going to be leveled by the high interest rates you are paying on the money you borrowed.

2. Talk to your bank or make an appointment with a financial advisor if you don’t have an investor. They are the best places to start. Period. Take whatever they give you and read it.

3. Head to the library and take out some books on savings. My bookshelf sits heavy with info about finances, and while some books are better than others, it’s good to be aware of what is going on. And not all money books are boring. : )

My last piece of advice is, take control. Once again it’s your life and in the end, you can’t really blame anyone else for (most) of the things that happen. While money can always be made (and lots of it depending on how far you’re willing to go) we have to remember that the economy is tanking while prices are still continuing to skyrocket. If you’re not prepared, than prepare to lose out. 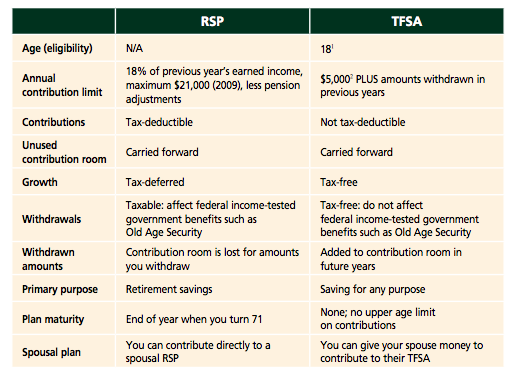 2 thoughts on “TFSA Increases, Are They For You?”